From what we can remember about in-office versus virtual office life, one of the major differences is the furniture. Though it’s often easily ignored and part of the background, office furniture actually plays a great part in office life, as it is cycled out of use fairly often and sooner than it needs to be. Where does this furniture go? The most cost-effective, and environmentally friendly, option is furniture donation, but offices don’t often go this route. Well, if the sense of satisfaction which comes from donating is not enough, offices will soon find other incentives to donate their used furniture, instead of storing or simply tossing what no longer fits the office aesthetic.

The rate at which offices go through supplies is such that objects are replaced before they’ve reached their “shelf-life.” Either these appliances and furniture go into storage, which can be expensive and wasteful, as no one is using them, or they must pay for the items to be disposed.

On the other hand, when a company donates their used – but still usable – furniture items, they receive a tax-deductible. As we can see, companies can save money and eliminate storage or disposal fees if their used office appliances are simply donated.

By continuing to recycle or donate furniture, offices will be able to reduce their landfill tax little by little each year! Not only are they saving money, but they’re doing their part to divert furniture from landfills, and preventing their long and excruciating decay in a landfill also prevents the equally long and excruciating decay of the planet as a result of these items simply sitting for years and year in a landfill.

Ultimately, it becomes obvious that companies gain more than they lose when they choose to donate their used furniture. Renovo, an office supply company based in the UK, has already begun to make the commitment to being 100% recycled. They subscribe to the circular economy, which allows for items to be used multiple times, and not the traditional linear economy common in office jobs, which is simply make, use, dispose. In doing so, they are maximizing utility and also saving money. Here’s hoping that many other companies follow suit!

At the JRCC, we encourage you to recycle and help those who need furniture gain access to it. If you’re interested in donating your gently used furniture, please check our website or contact us today at 416-222-7105 x500. 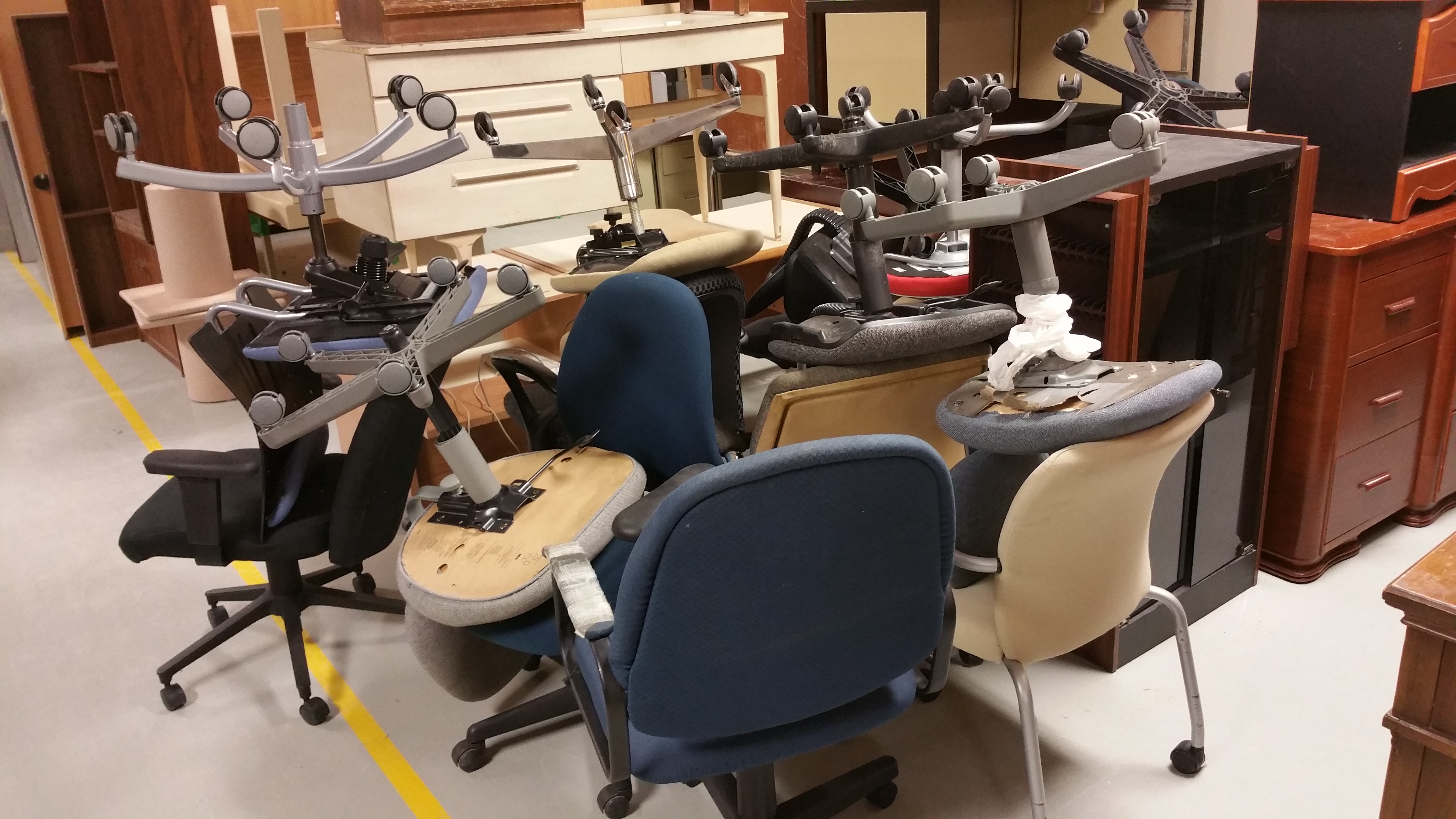